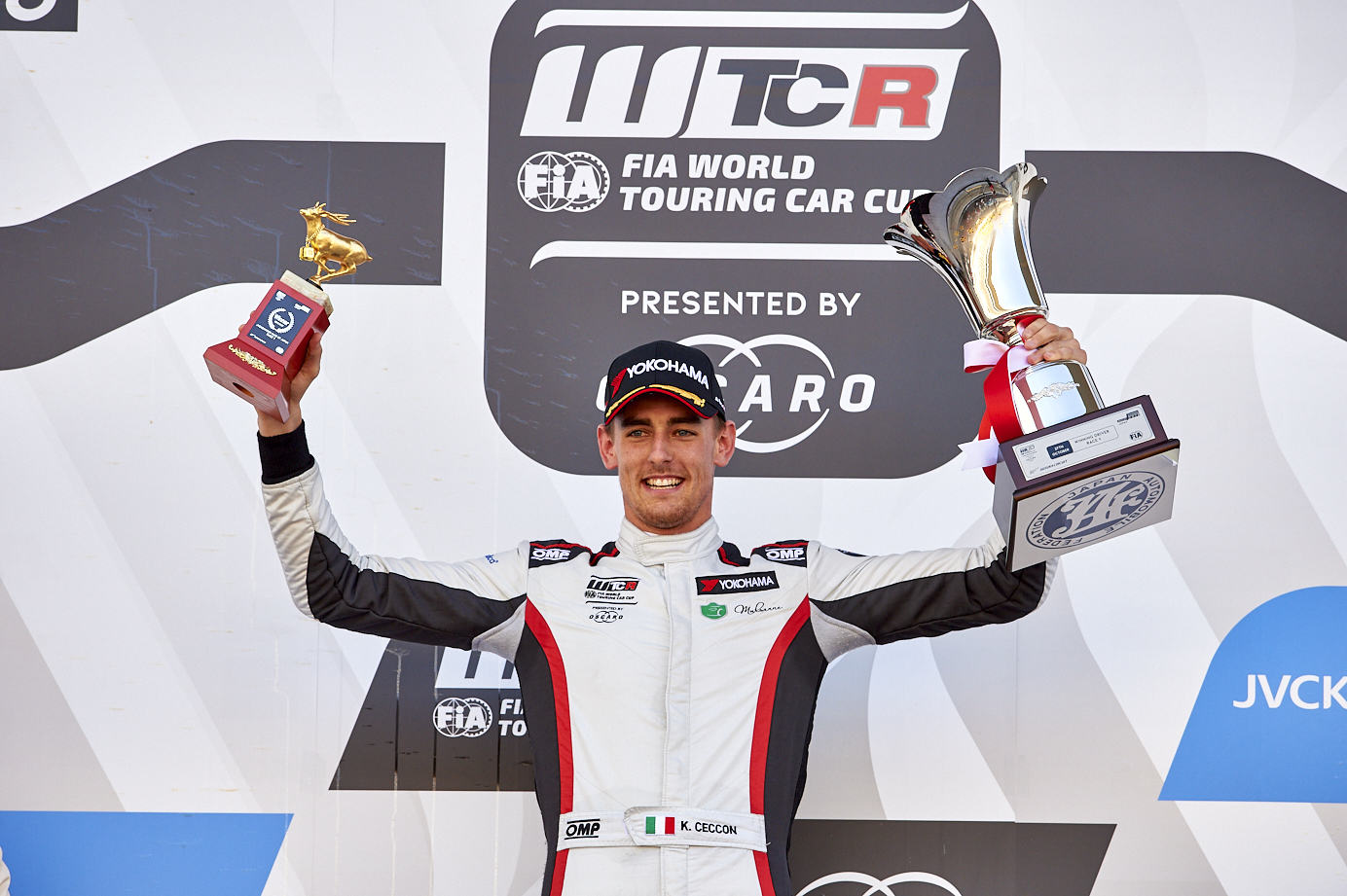 Kevin Ceccon and Team Mulsanne have lived a dream weekend at Suzuka: in the ninth round of the 2018 FIA WTCR series they conquered an historic first win for the Alfa Romeo Giulietta TCR built thank to the Bergamo-based driver. Crowning the relentless development work by the Italian outfit, Kevin Ceccon brilliantly won Race 1, putting the Alfa Romeo brand on top of the podium twelve years after its last success.

Ceccon, who had never raced on the prestigious Japanese circuit, made his point from scratch, taking pole position for Race 1. Two laps only into the race, he took the lead, perfectly managing his advantage despite two safety-car periods that followed. Once he took the chequered flag, celebration broke in the Team Mulsanne pits.

Kevin and the team continued rewriting the stats by taking also the pole in Q3, thanks to a lap time of 2’10″742, after reaching again the final segment of the qualifying session, already a sensational achievement. He finished sixth in Race 2, the one starting with the inverted grid, after beating again Aurélien Comte. Ceccon could even double his number of wins in Race 3: after dropping to P4 in the initial phases, he took the lead in lap 6, but was sanctioned with a 5-second penalty for incorrect positioning on the grid. Despite crossing the finishing line as first, he was demoted to third, still retaining though another podium finish and confirming the potential expressed in the World Touring Car Cup since his debut in the Slovakia round.

On the Gaia track, Ceccon will try to duplicate the fantastic success obtained in Japan for him and the entire Alfa Romeo Giulietta TCR by Romeo Ferraris project.

Kevin Ceccon
“At Suzuka I have probably taken the most important success in my career. Michela Cerruti’s call during the summer has allowed me to be back on track, and on a global stage, at a moment where I was fearing that my racing career was coming to an end. I immediately felt at ease with the Alfa Romeo Giulietta TCR and round after round, performances have improved significantly. Here in Japan, everything has worked to perfection, it is just a pity that the penalty in Race-3 deprived us of a second success, and I apologize to everybody for my mistake.”