Kevin Ceccon’s first steps were obviously in karting. In this category the Como-based driver scored important records such as fifth place in Junior class in 2005 Spainard Copa Campeones.

Later on, He was fourth in the Italian Open Masters in KF3 class, won in 2008. In the same year scored podium in South Garda Winter Cup, at Lonato, and in the prestigious Trofeo Margutti. 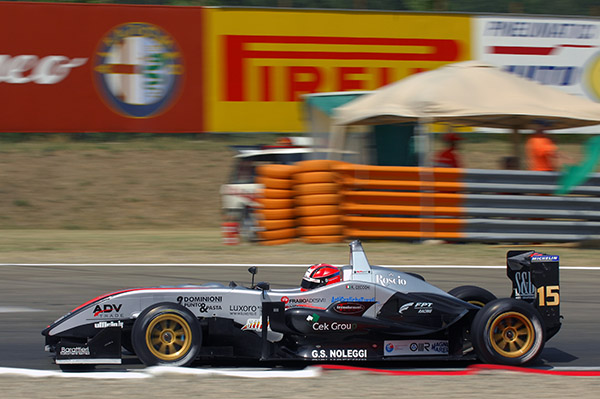 After the first races, Ceccon scored points in nine events, highlighted by the home round podium in Monza.

2010 starts with a great pace as well, being a front runner for the whole season, scoring as well the main victory in Barcelona race 1. Meanwhile, Kevin raced as well Italian Formula 3 championship in Vallelunga. 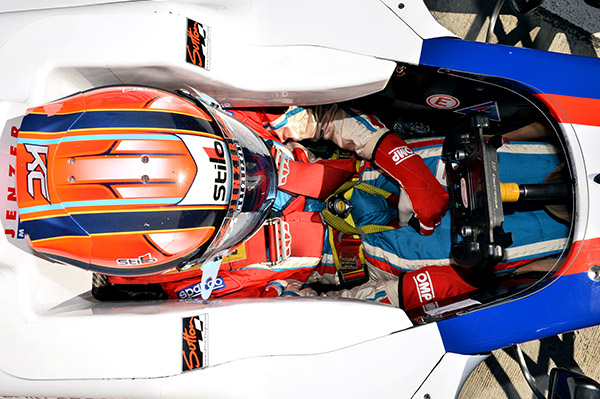 Kevin continued his amazing career and at the end of 2010 season made his debut in GP2 testing in Abu Dhabi driving for Scuderia Coloni and Brits DPR. An important preview for the year 2011, when He made the official debut in Barcelona for Scuderia Coloni, being the youngest driver to race in Formula 1’s feeder series. He raced also in Montecarlo, getting closer to the points, as well in Valencia and Silverstone.

Meanwhile, main program for 2011 season was Auto GP, driving 550hp Lola-Zytek by Ombra Racing, based like him in Bergamo. Ceccon was one of the main driver of the series, winning Budapest race 1 and taking the leadership of the championship. He was as well very constant losing the points in just ones, and for this reason in the final round at Mugello, Kevin crowned Champion, following Romain Grosjean in the Hall of Fame.

For him as well the Under 21 title, celebrated with this words: “It’s an incredible emotion, after being championship leader in Oschersleben I hoped to celebrate this moment, and it’s amazing because I had such strong opponents”. 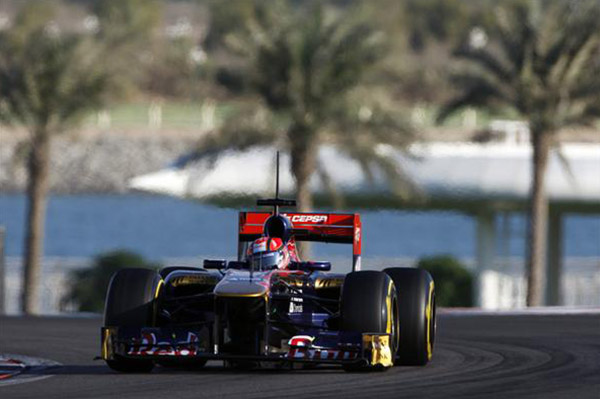 Thanks to those results, Kevin got Toro Rosso call for Formula 1 test in Abu Dhabi, for the Young Driver Test, at the age of 18, almost a record. “It’s unbelievable driving an F1 car and working with such a great and professional team.

We worked hard testing things for the car and for Pirelli” Kevin said at the end of the day, running 97 timed laps. “I realized I’ve learned more things just today than in many other years in other cars!”. 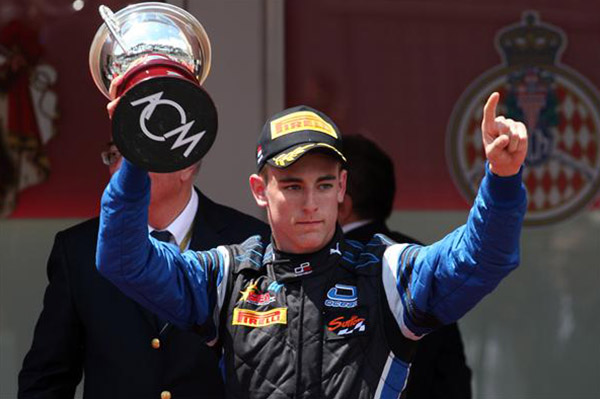 Between GP3 and GP2

During 2012 season Kevin continued his career in open wheels series, making debut in GP3 Series, which supports Formula 1 in European rounds. Ceccon is the reference point for a Portuguese campaign, Ocean Racing Technology, as well at the first experience in the series. The championship is not easy, but Kevin is often in the points and the highlights is for sure the podium in Monaco Race 1. Next year, in 2013, He returns in GP2 with Trident, setting another historical second place in Montecarlo during Feature Race.

The season by the way was interrupted after a massive crash in Nurburgring. At the end of the season, Kevin made his debut in Gran Touring racing, driving Ombra Racing’s Ferrari 458 in Montmelò, for the final International GT Open round.

After a long break, Kevin came back at the wheel of GP3 car thanks to Swiss campaign Jenzer Motorsport, being often in the Top-10. In 2015, the attitude shown by the Italian driver convinced Arden Motorsport to call him for the season. Kevin won two races in Silverstone and Budapest, as well taking the podium in Monza’s home race. 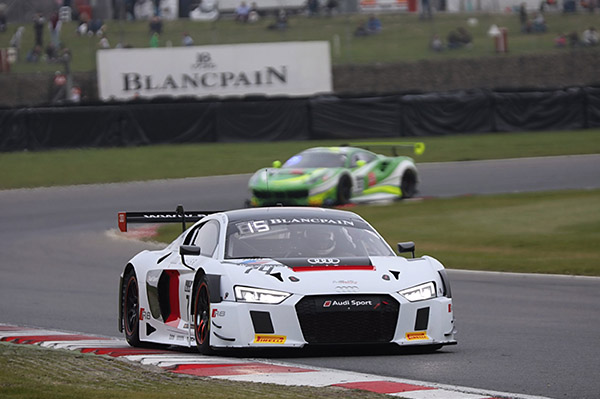 After another long break, Kevin was called by Murphy Prototypes to be part of the European Le Mans Series in Le Castellet round, at the wheel of Oreca-Nissan LMP2 del team Murphy. “Has been the longest race of my life, but it was fun. I’m happy of my performance both physically and mentally, and I hope to continue in this discipline,” Ceccon said.

Finally, 2017 is the right time for a full-time call in the most important European championship: Blancpain GT Series. Kevin raced at the wheel of Audi R8 LMS from Czech campaign ISR Racing, sharing the car #74 with the experienced factory driver Frank Stippler.

Moreover, for the home round in Monza, Kevin was also called by Zakspeed for the Endurance Cup, racing in the Mercedes AMG GT3, making his first race for the Stuttgart manufacture.

A part from the Racing career, Kevin is a young and talented instructor at “Centro Internazionale di Guida Sicura” based in Autodromo “Riccardo Paletti” at Varano de’ Melegari, as well being part of the Ferrari activities. Many of those commitments includes oversea events in Asia and Middle East. 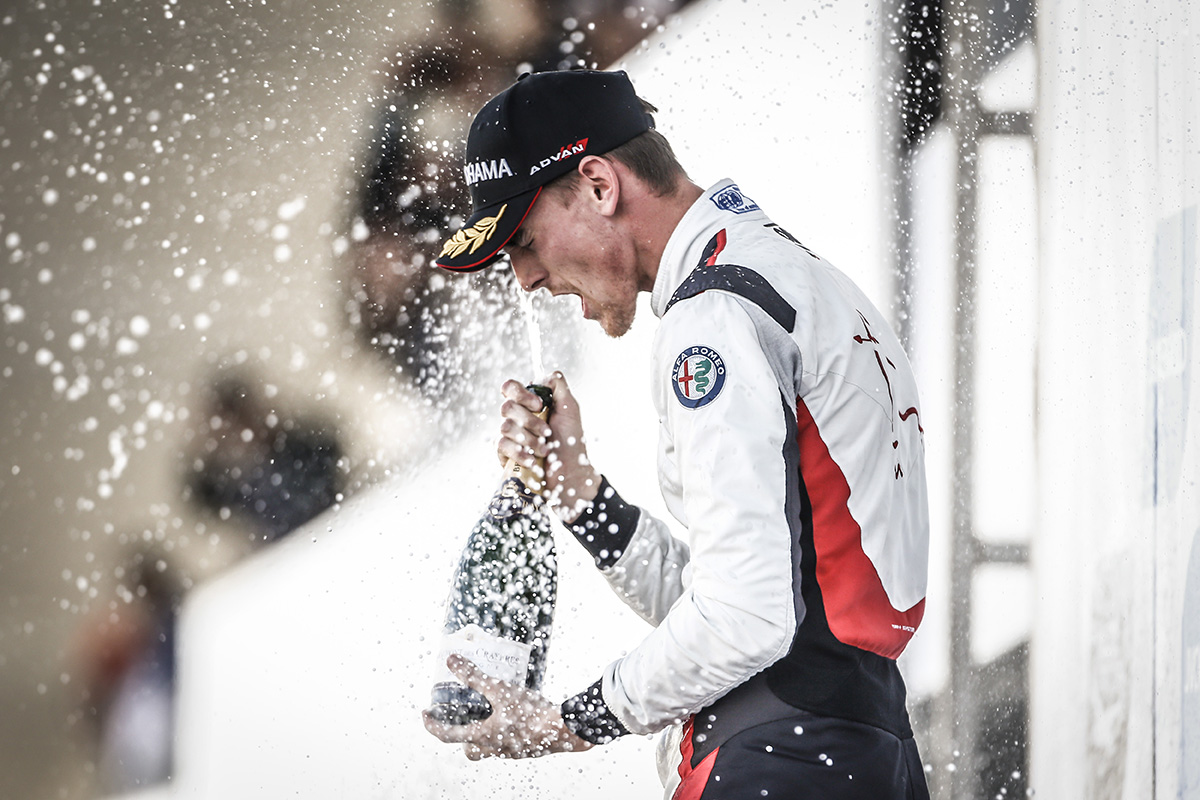 Amazing results in the FIA WTCR

Converted into a polyvalent driver, Kevin takes up a new challenge in 2018. With the season well-advanced, he jumps into the World Touring Car Championship, the FIA WTCR, at the wheel of the Alfa Romeo Giulietta TCR by Romeo Ferraris entered by Team Mulsanne.

An all-Italian outfit which immediately proves worth to be watched, conquering its first points in Slovakia and growing up to the fantastic weekend at Suzuka, marked by one pole position, one podium finish and, most of all, the historic win in Race 1, the first win in a World’s series of an Alfa Romeo car in 11 years.

In-between, Kevin also makes an appearance in the TCR Italy, qualifying in first row. In 2019, he pursues his journey in the FIA WTCR at the wheel of the Giulietta, conquering five more podium finishes and ending the season with a great second at Sepang.