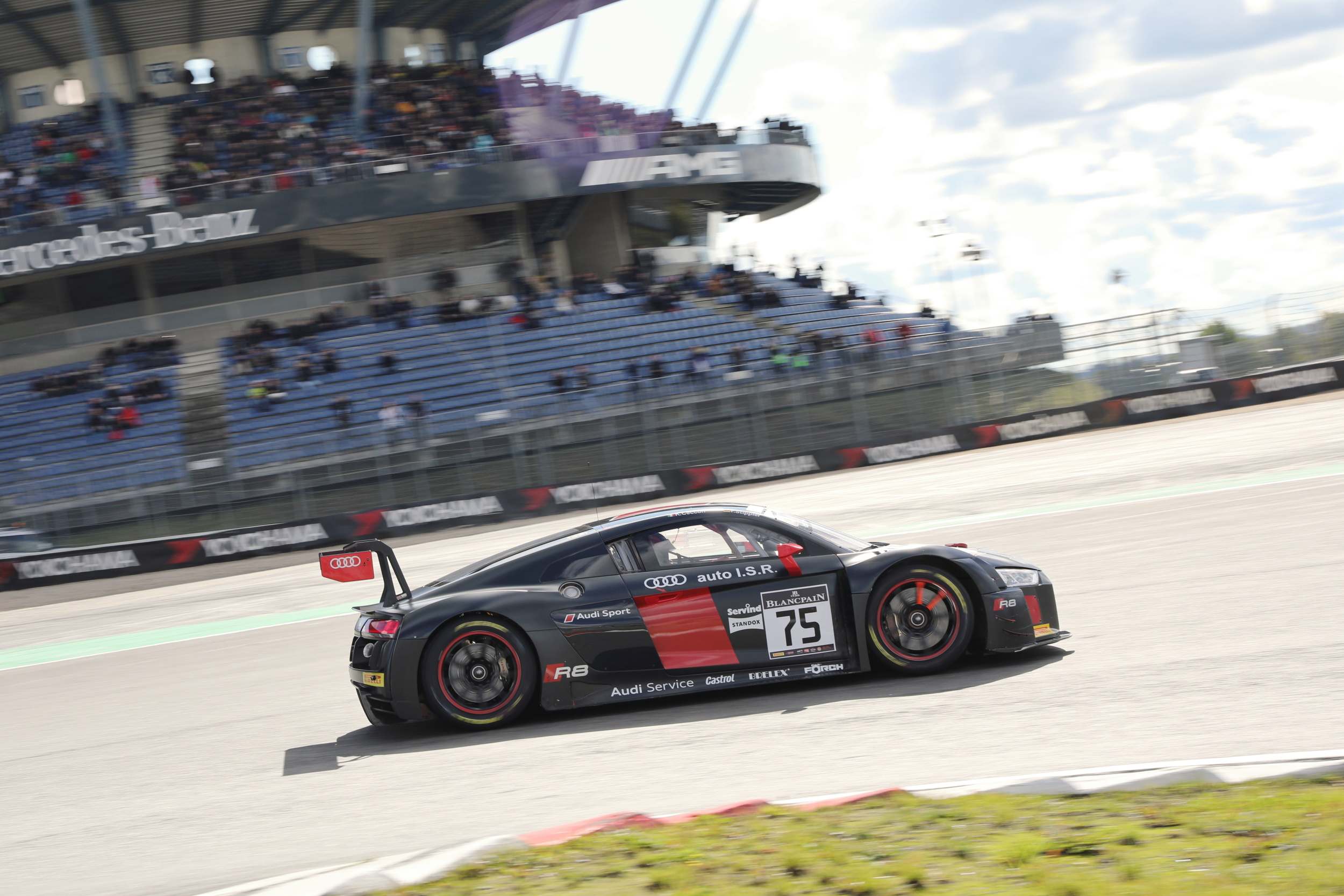 Kevin Ceccon ended the 2017 season of the Blancpain GT Series Sprint Cup with the last round at the Nurburgring. At the wheel of his Audi R8 run by Czech team ISR Racing, together with Frank Stippler, the young Italian driver showed again his speed. However, luck wasn’t at his side neither this time.

The German weekend started on a high note for Ceccon and Stippler, setting the second fastest lap in Friday’s first practice and then conquering a promising 11th place in qualifying. It was a result very close to the top 10, which was considered the target at the eve.

Kevin couldn’t anyway take part in Saturday’s Qualification Race. Team mate Stippler, who was nominated to drive in the opening stint, has been involved in an incident who forced him to retire after a couple of turns. Starting from the back in Main Race, Ceccon was doing a good recovery with almost ten position gained, when the car stopped on the main straight, due a problem with the fuel pipe.

Kevin Ceccon
“This weekend has been really ruined by bad luck, I’m very sad. We hoped to close the championship with a great result, celebrating our first points, and the times we set in free practice and qualifying confirmed our potential. Unfortunately this went in a different way, but we hope to bounce back in the future”.