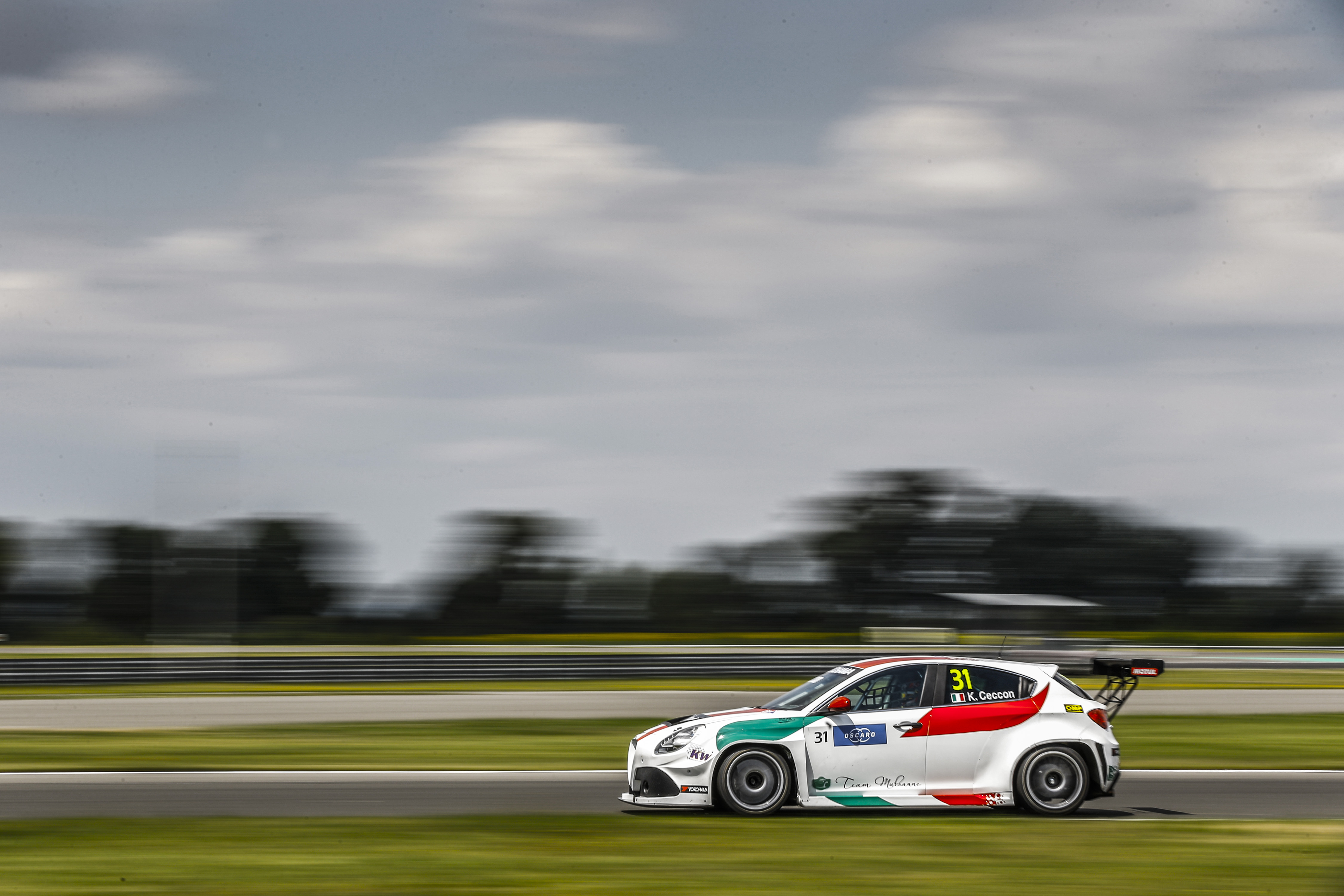 Kevin Ceccon completed an excellent debut in Slovakia Ring, sixth FIA World Touring Car Cup round. The 24 years old Italian driver received a last minute call by Team Mulsanne to race at the wheel of the Alfa Romeo Giulietta TCR by Romeo Ferraris. Ceccon arrived gradually to a great result, achieving his maiden points in race-3 on WTCR debut. During first qualifying, Kevin set 18th fastest lap-time, increasing his position until 16th place under the chequered flag. On Saturday second qualifying session, Ceccon set 14th fastest time, few thousands away from the Q2 cut, but ahead of most experienced teammate Fabrizio Giovanardi. By crossing the finish line 12th, Kevin has still some chance to enter race-2 top-10 due three Honda racing under appeal due technical decisions. Real points arrived for Kevin in race-3, when on his first appearance in a World Championship race, as was seventh after a clever first lap management. Overtaking Giovanardi, after an incident in the second part of the race, Kevin ended-up his race 6th. In the Drivers’ Championship standings he’s now 25th, with 10 points achieved.

Kevin Ceccon
“Obviously I’m really happy for the result of the week-end, my very first race with a Touring Car. Being a rookie in the World Cup has been amazing, the competition level is really high, but I have to say I still have some room to improve. Working with Team Mulsanne and Romeo Ferraris personnel has been a constructive experience for my career as driver. The Alfa Romeo Giulietta had a great potential on this track, and I think we gave a big support to achieve the maximum potential form the car. I’m proud to have been part of team’s best seasonal result in the FIA WTCR. I want to thank Michela Cerruti and all the Romeo Ferraris people for the chance received this week-end, being back in a racing car after 10 months from my last race, to show my potential”.