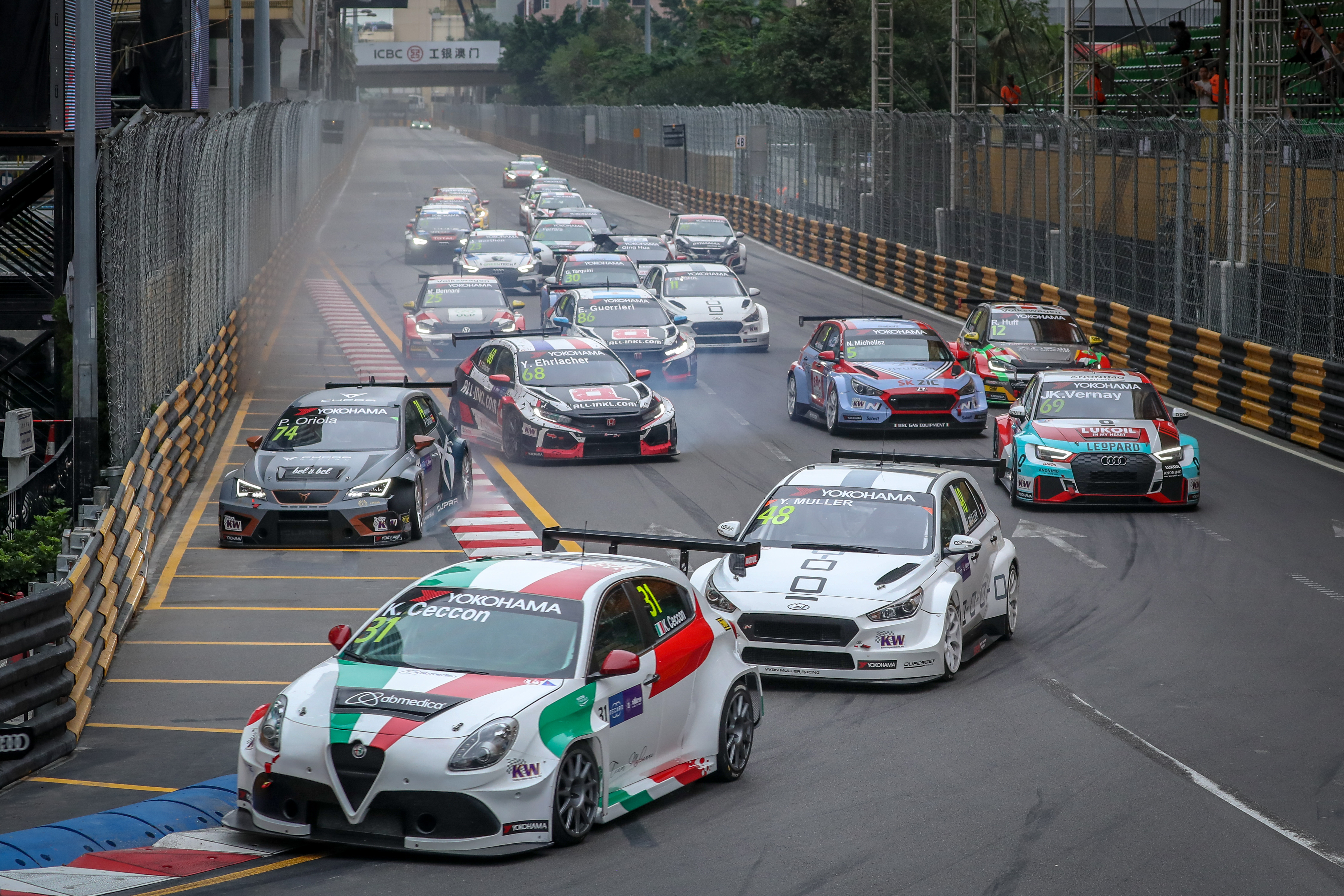 Another great performance by Kevin Ceccon in Macau, for the finale 2018 FIA WTCR round. The Italian driver, at the wheel of Team Mulsanne’s Alfa Romeo Giulietta TCR by Romeo Ferraris, barely missed podium in race 2, on his maiden appearance in the Guia street circuit. Already fast and competitive during the free practices, Kevin was able to targeting his car for third consecutive time in Q2 after Wuhan and Suzuka. Thanks to 9th fastest lap time, he had to chance to pair Timo Scheider on the front row, but the German closed aggressively on the Italian car at the start, situation who prevent Kevin to have enough speed to fight against Frederic Vervisch for the second place. While the Belgian switched for the leadership, Kevin had to resist to Yvan Muller for the last slot on the podium, but the French fight for the title, Kevin didn’t defend too heavy the position, finishing opening Sunday race 4th. Also race 3, started from the fifth row, was a very positive one thanks to 7th place under the chequered flag. Only regret for race 1, when at the Lisboa turn, after missing the contact with Mehdi Bennani, Kevin has been crashed out by John Filippi. Ceccon, who made his debut just in the second part of the season at Slovakia Ring, scored a total of 102 point, finishing 14th in the Driver’s Championship.

Kevin Ceccon
“Being able to race for the first time on a legendary track as Macau has been a great joy and an unforgettable experience. And so is having collected some good results, as the 4th in Race 2. I would have wished to  celebrate a podium finish, but I am happy to contribute a positive follow-up to our great Suzuka weekend. This half-season in the WTCR has been a wonderful journey for me and I thank Michela Cerruti and Team Mulsanne for the opportunity”.

Kevin Ceccon at the Adria 24 Hours Scroll to top