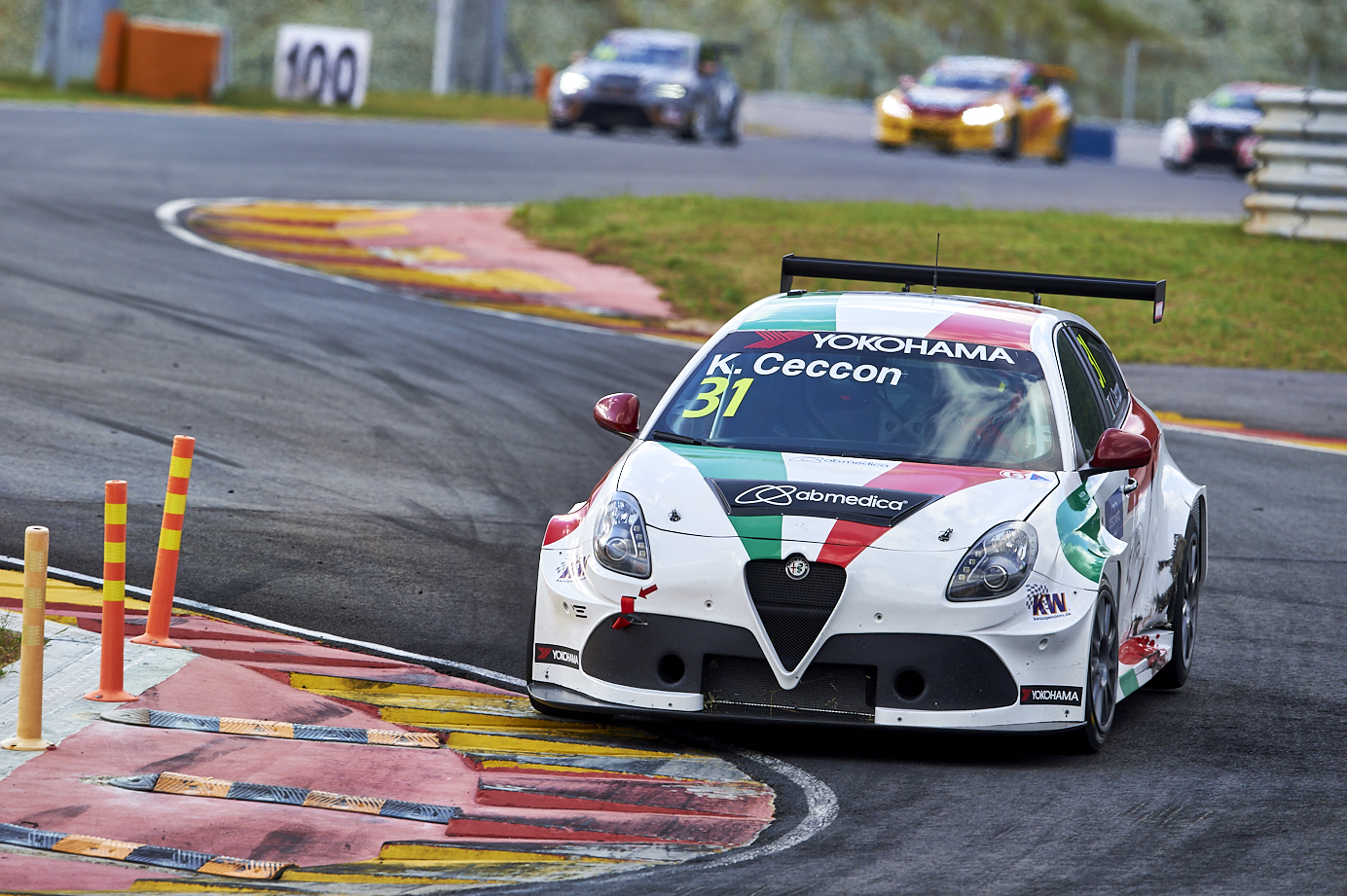 Kevin Ceccon completed his maiden intercontinental race in the FIA WTCR in China, at Ningbo International Speed Park. At the wheel of Team Mulsanne’s Alfa Romeo Giulietta TCR by Romeo Ferraris, the 25 years old Italian driver scored a 12th place as best result in both race-1 and race-2, very close to the points, as in his first appearance in the series, at Slovakia Ring. This time has been the fastest driver in the team, ahead of experienced team mate Fabrizio Giovanardi, and in qualifying 1 was close to write the history of the Alfa Romeo Giulietta TCR by Romeo Ferraris in the series. In the last few minutes of Saturday qualifying, Kevin set the record in T1, as well his best lap in sector 2, in line to set the sixth fastest lap on the grid. By the way, a red flag shown due Mato Homola technical issue, forced the Bergamo-based driver in 18th place. The first Chinese bound is anyway positive, as Kevin’s little experience on Touring cars and a track which wasn’t fitting Team Mulsanne’s car 100%.

Kevin Ceccon
“I think it has been a strange week-end. In Slovakia, despite the big pressure we had, everything went well. Here in China in Saturday’s qualy we’re close to achieve an historical performance, but the red flag prevented us to take the sixth fastest time, and start from the 3rd row on the grid. Unfortunately, Sunday we haven’t been able to run on the same pace, but we fought anyway for top-10 in all races. Race 3’s red flag prevented also us to play on the tyres degradation, as almost everybody changed on fresher tyres on the grid. Looking at Wuhan I’m pretty confident for a street circuit, which I’ve always loved in my career so far”.

Amazing win for Kevin Ceccon in Suzuka Scroll to top