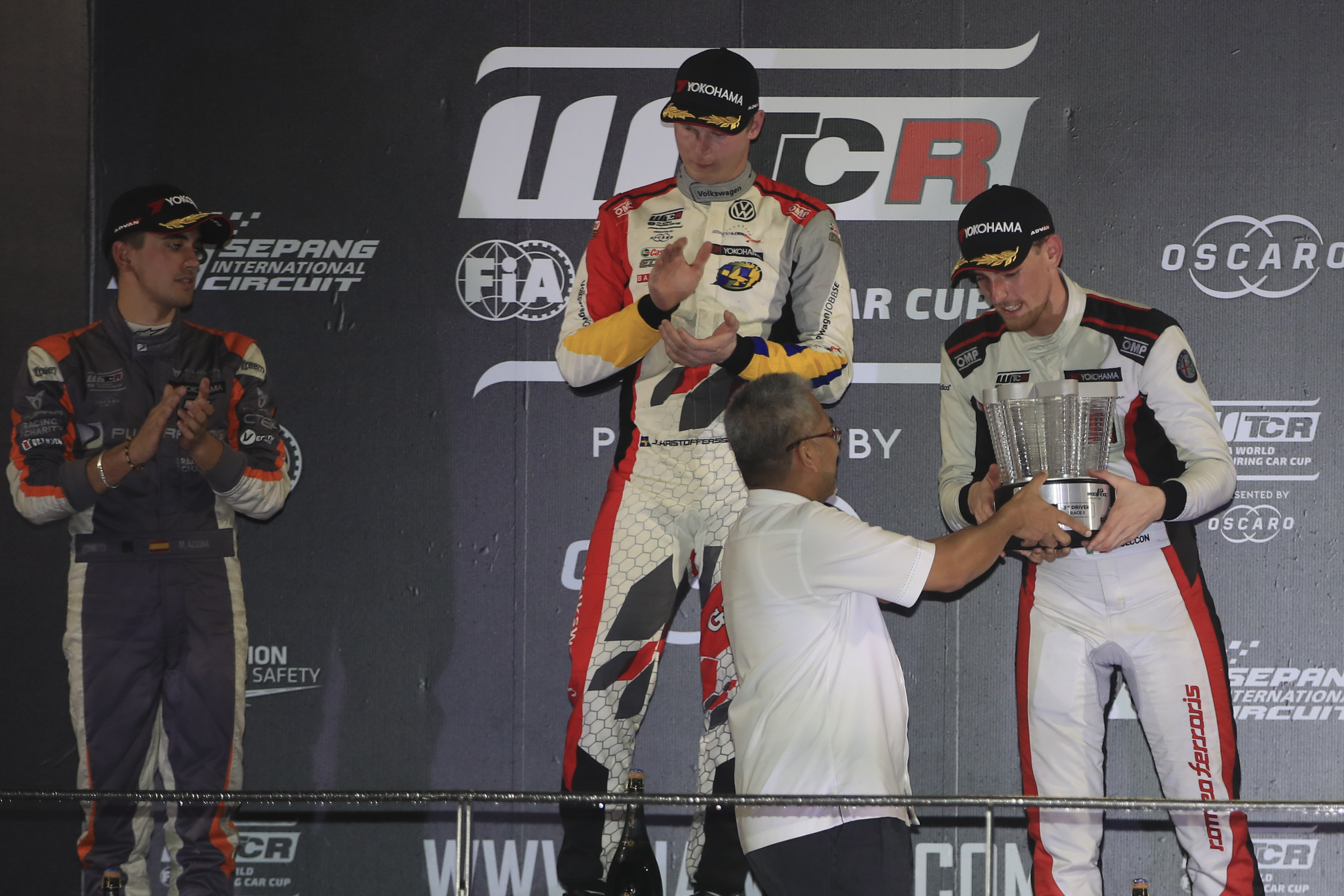 Kevin Ceccon closed 2019 campaign in FIA WTCR con the podium in the last race of the season at Sepang. The Italian driver, at the wheel of Alfa Romeo Giulietta Veloce TCR by Romeo Ferraris, finished race 2 in second position, despite he crossed the finish line in third place, but being promoted due to the penalization of another driver. Thanks to an overall score of 164 points, Kevin is also 14th in the Drivers’ Standings targeting Team Mulsanne to the 7th position in the Teams’ one. The Road to Malaysia was an intense one, as it started already on Tuesday, with a Parade in the center of Kuala Lumpur, where Kevin was selected to represent the Alfa Romeo Giulietta Veloce TCR by Romeo Ferraris form the organization alongside the other brands and the bikes. The FIA WTCR was sharing, as already in Slovakia Ring, the track with the EWC, and as in the European round, Kevin finished the week-end on the podium. After Macau, this was the second consecutive week-end on the podium, as well the third consecutive time conquering a Q2 slot in qualifying, including Japan.

Kevin Ceccon
“The race was tough, the conditions were difficult, but we did a good job with the car. I have been in the WTCR series for one year and a half and I dedicate all the podiums to my team. There were five this year plus the one at Suzuka and you can decide if that was one or not! But this time I want to be selfish because I think I have proved I am quick in every situation and I have now scored podiums in rain, in the dry and in slippery and changing conditions. I think I should be in the WTCR next season”.