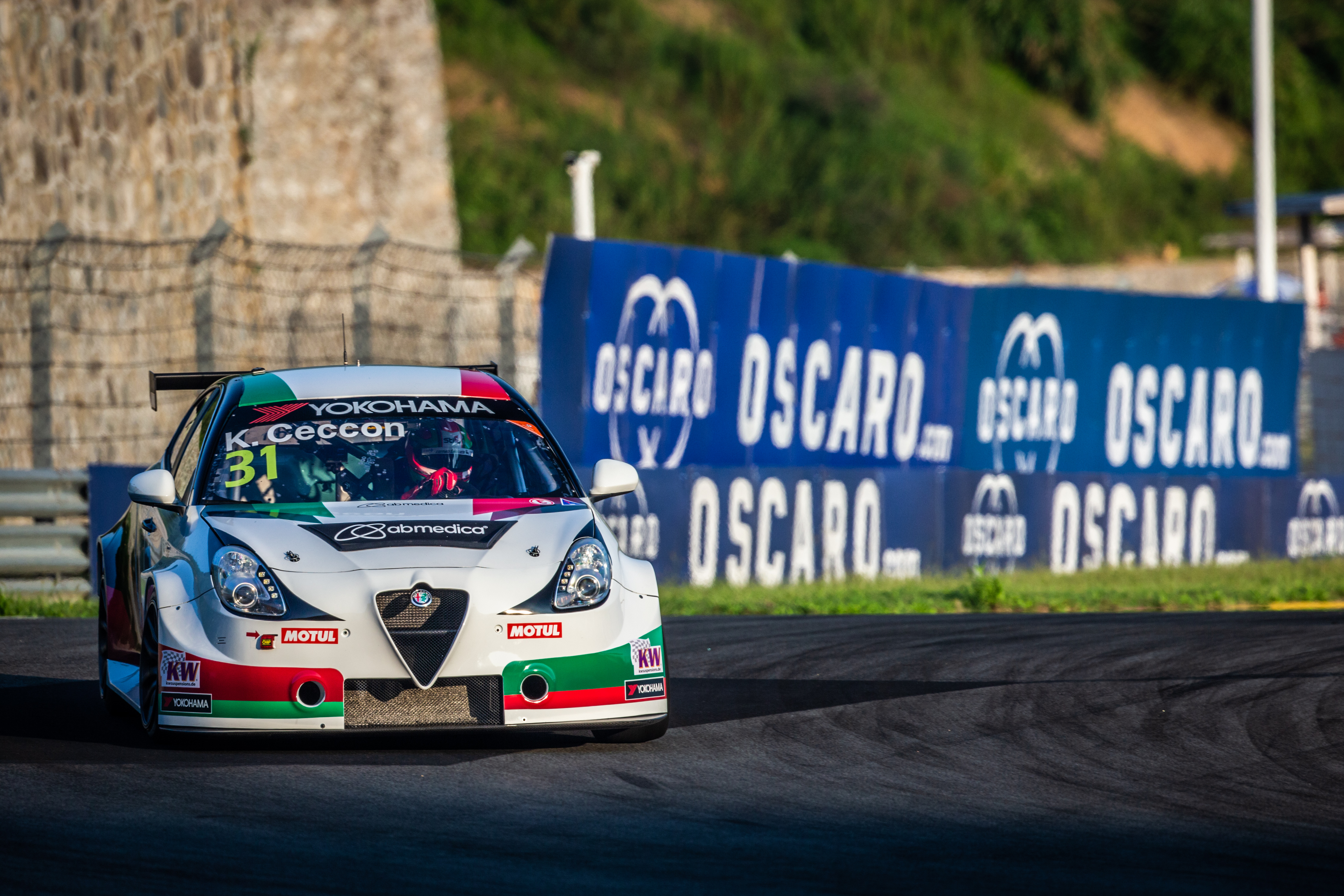 The FIA WTCR started its second part of the season from the Race of China, in Ningbo. Kevin Ceccon, driver for Team Mulsanne, faced a sweet and sour weekend, returning in the Top-10 with a very competitive Alfa Romeo Giulietta Veloce TCR by Romeo Ferraris, despite a very unlucky start of the action. Due to an engine on his car, Kevin was forced to start from the back of the grid in all the three Chinese races, but he manage to recover until the highest positions in the standings.

In race-1 Kevin was able to recover from 13th row to 17th position under the chequered flag, while on Sunday he set a real show. Able to avoid the several crashes in the first laps, Kevin managed to recover until the fight for 8th place with Jean-Karl Vernay in race-2, but he was hit by Nick Catsburg in the last lap, closing 10th but promoted 9th due to a late penalization to the Dutch. Starting again from the back of the grid, in race-3 Ceccon arrived until 9th place, recovering a total of 43 positions in the whole Chinese weekend, setting almost a new record for the series.

Kevin Ceccon
“Ningbo was one of the track positive for us, as shown already last year, as I was already fighting for Q2. This season has been complicated manage a week-end with the engine change, but I have also to say is the first issue we had in two years of FIA WTCR. Just a shame it happened when I could have fought for the pole and the podium. In the end, has been funny driving and be in the battle with the others, but 14 points is just a little gratification. For the third consecutive race after Nürburgring and Vila Real I’m scoring points, as well for the team, and this is a good point. Next round is in Japan, at Suzuka, where I’ve scored my first win with the Alfa Romeo Giulietta TCR in the World Turing Car Cup”.

Stolen podium for Kevin Ceccon at Suzuka Scroll to top