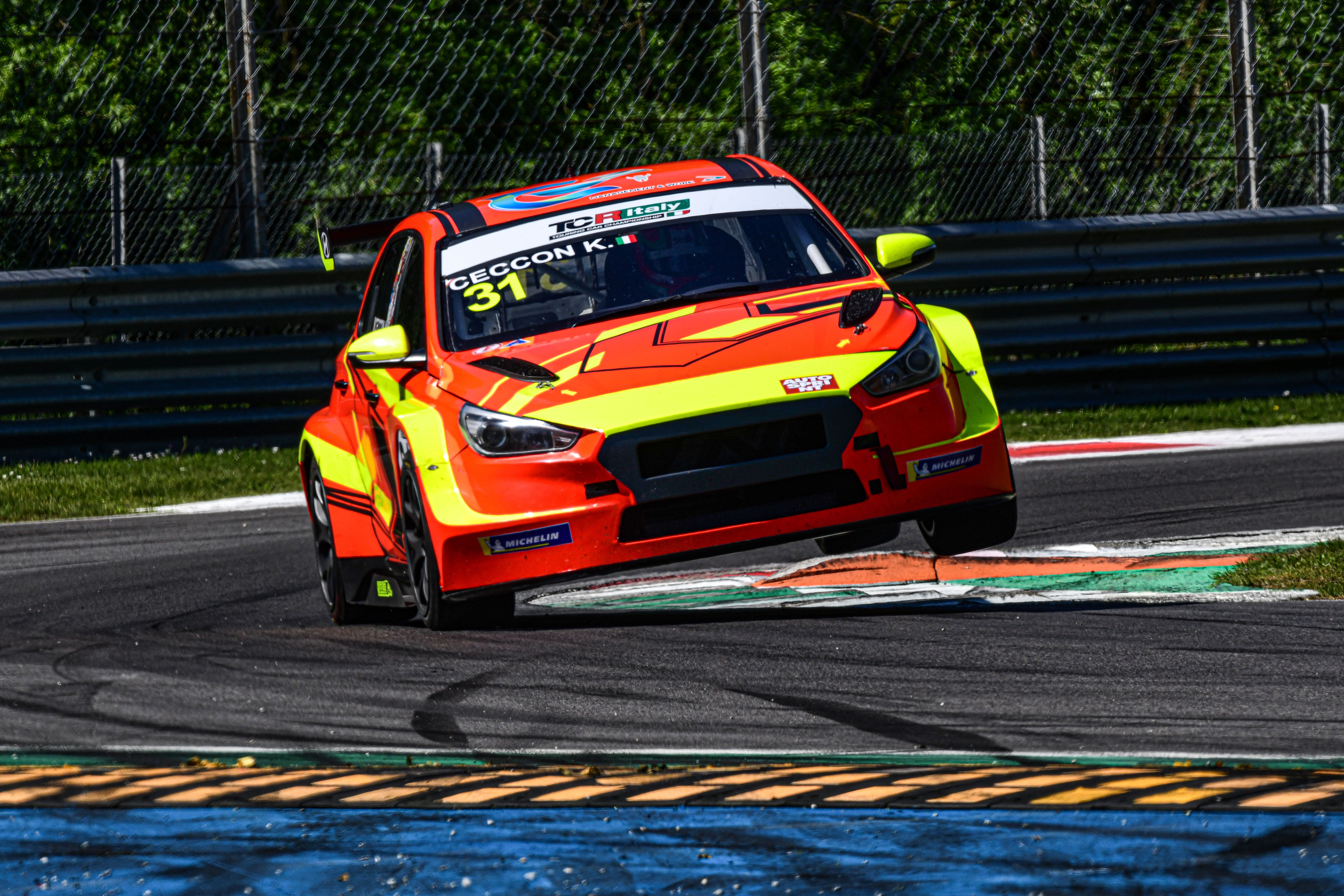 Kevin Ceccon opens 2021 season with two podiums in Monza, for the first event of TCR Italy. The 27-years-old Bergamo-based driver at the wheels of Aggressive Team Italia Hyundai’s i30 was third in both races. Kevin wasn’t racing since 2019 FIA WTCR last round and came back on track one month after an incident occurred him during a bike training session in which he broke his arm.

The week-end started on Friday with two free practice sessions with Kevin always in the front positions, although unstable weather conditions were reported during qualifying session, when Ceccon was always in the top split, until the last run, when he was blocked by some slow car during his push lap, under the rain. The final result was just a 7th place, from when he started for Race 1, while he was second for Race 2, thanks to reverse grid.

Saturday race was wet, and Kevin gained positions at the start, avoiding useless contacts, bringing himself back into podium positions very fast. Unfortunately, he faced a condition problem with the fan in the car, forcing him to have a tarnished windscreen. Moreover, shortly later, also the wiper broken, making the race final even harder than expected. Ceccon, 4th under the checquered flag, was promoted third thanks to a rival penalization.

On Sunday Kevin started from the front row due to the inversion from the Qualifying results, and he took the lead at the end of the first lap, shortly before the safety-car came in to recover a car involved in a crash. At the restart, Ceccon kept the position, until the return of Cupra and Audi, with much more speed on the straights, made impossible the defense for the lead. No withouht strong battling, Kevin brought home the second podium of the week-end, with a third place also in the overall standing, with 64 points and the best Hyundai placed.

Kevin Ceccon
“I’m happy scoring two podiums in the opening round of TCR Italy. Physically wasn’t easy because I’m still recovering from the arm’s surgery, but has been a good test for the rehabilitation. With Aggressive Team Italia, although some issues, we maximized the result, especially looking to the other cars with much more potential on the straights than us. And Monza is for sure the worst track under this aspect. We stay focused and keep on working to improve onto the next round, in Misano on 4th-6th June”.

Kevin Ceccon just behind the podium in Misano Scroll to top