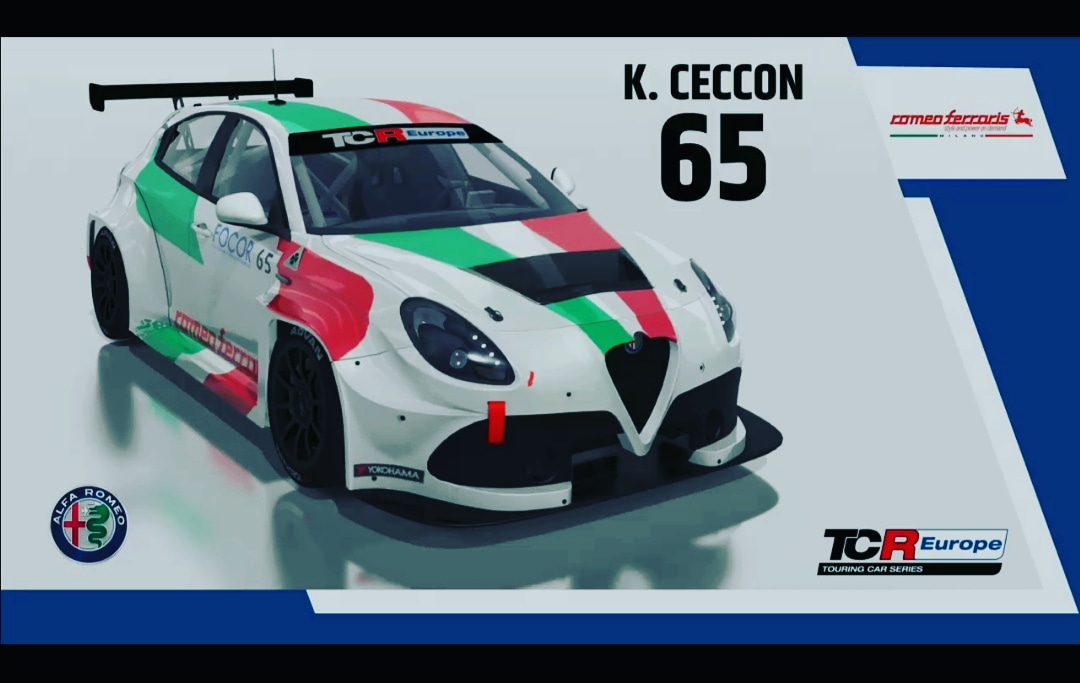 After making his Sim Racing debut in the Esports WTCR Beat the Drivers, the virtual tournament which replaced the deleted rounds of the calendar of the World Touring Car Championship (WTCR), stopped by the Covid-19 Pandemic, Kevin Ceccon will take the wheel of his simulator also in the TCR Europe SIM Racing, virtual prologue of the TCR Europe.

The Bergamo-based driver will race on the iconic virtual Spa-Francorchamps track with the Romeo Ferraris team. Kevin will take the wheel of the Alfa Romeo Giulietta TCR, in the iconic italian livery with which he made his debut in the WTCR, taking the victory on the Suzuka circuit. He will fight against other 24 real drivers, which are usually protagonists of TCR Europe and WTCR.

The format includes a twenty-minutes qualifying session and two races of eight laps each, to be played one after the other. The starting grid of the second heat will be based on the final result of the Race 1, with the inversion of the top twelve drivers. It will be possible to follow all the action live on Saturday 2nd May, starting at 19.00 (CET) on the official channels of TCR Europe. The scoring system will reflect the real one, with the top ten drivers in the qualifying and the top fifteen in the races that will be awarded with championship points.

After the opening round of Spa, Kevin will race at Red Bull Ring on 13th May, at Hungaroring on 27th May, at Le Castellet on 10th June, at Zolder on 24th June, at Monza on 8th July and finally at Barcelona for the last round of the series on 22nd July.