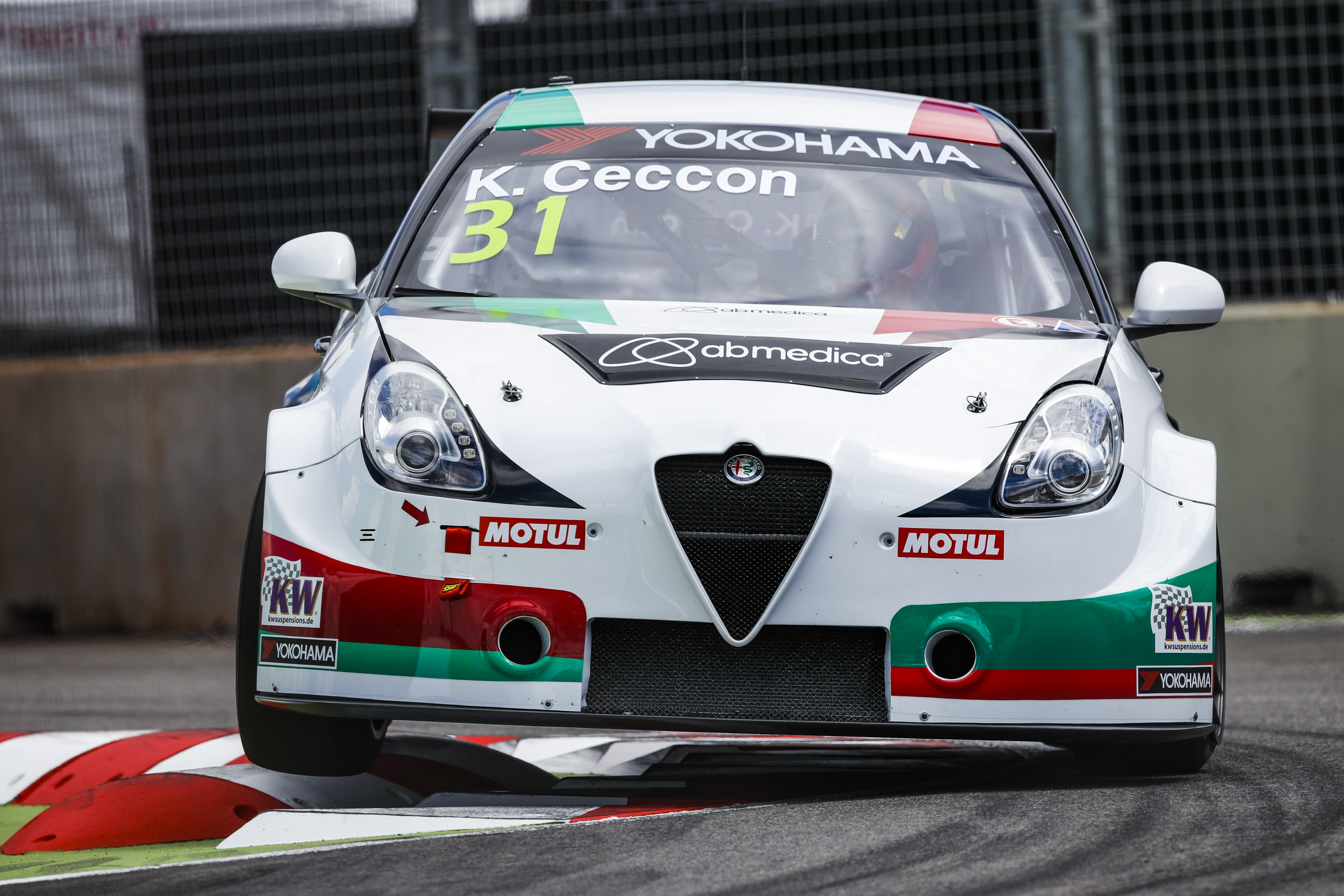 Kevin Ceccon started 2019 season with a positive Top-10 place in FIA WTCR debut at Marrakech. The Italian driver, defending Alfa Romeo Giulietta Veloce TCR by Romeo Ferraris in Team Mulsanne, has been able to secure a ninth place in Race 1, scoring his maiden 7 points of the season. Despite this was his maiden appearance on the Moroccan street circuit, Kevin once familiarized with the venue during Saturday’s free practice maximized his potential in qualifying, scoring 11th fastest lap, promoted in 5th lane on the starting grid due Yvan Muller penalization due engine change. The 9th place under the chequered flag gave Ceccon 7 points, securing him 15th place in the Drivers’ standings. Sunday was a bit more complicated, as in Q1 Kevin faced a Full Course Yellow and traffic in his two new tyres laps. Starting from 10th row, Ceccon was able to achieve a 16th position as maximum result.

Kevin Ceccon
“I didn’t know Marrakech track, and this put me in a difficult condition compared to the others, as well we didn’t know the real potential of our car after Barcelona testing. By the way, all my technicians knew how competitive we could have been, and I fully trusted them. The results were right, I’m just a bit disappointed by Sunday qualifying who compromised another chance to be in points. Next stop is Budapest, hopefully it will continue on a positive line for us. On the other hand, is the only track I already know in the first part of the FIA WTCR calendar, as I have already raced and won there”.