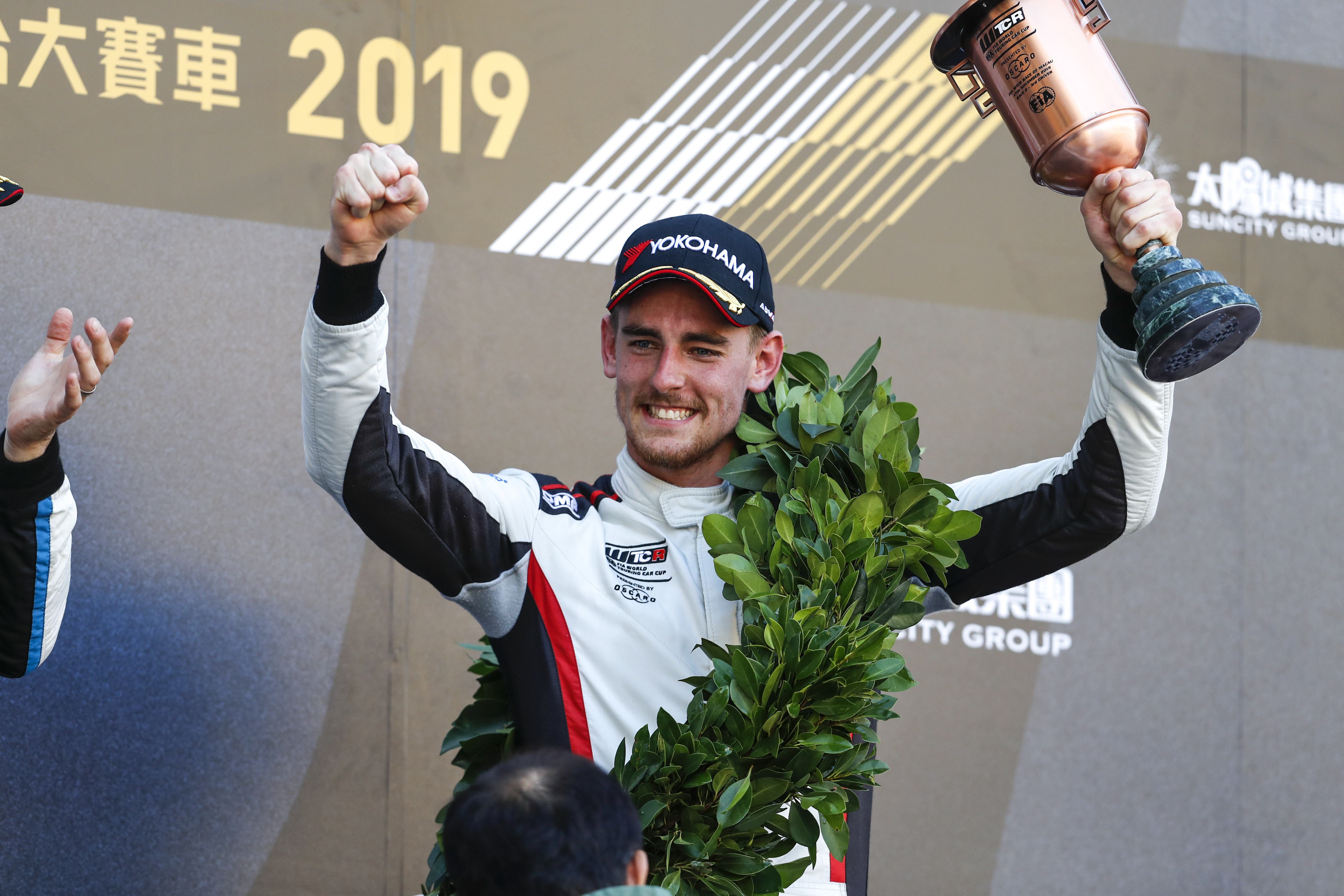 Kevin Ceccon conquered two podiums in Macau, for the penultimate round of FIA WTCR round during 2019 season. In the streets of Guia, Kevin was able to push his Alfa Romeo Giulietta Veloce TCR by Romeo Ferraris scoring the fourth fastest time in qualifying, from where he started for Race 1 on Saturday. Thanks to this, Ceccon scored his maiden podium in Macau, achievement lost last year despite a front row start, due to an aggressive closure had at the start. But not only Race 1 gave back Kevin the podium stolen in Suzuka, as on Race 2 in Sunday morning, Ceccon secured third place thanks to an amazing overtake at the outside of Mandarin corner, one of the most iconic and at the same time difficult of the track, against Esteban Guerrieri’s Honda. Thanks to 9th place in Race 3, Kevin achieved a total of 133 points in drivers’ standings, securing 15th place, while allowed Team Mulsanne  to seventh place, ahead of both Audis and Cupras campaign. This is also the second consecutive time Kevin qualifies himself for Q2, after Japan.

Kevin Ceccon
“This double podium in Macau is very important for me as last year I started from the first row after Suzuka’s win, but I couldn’t finalize the result. After a disappointing Japan penalty, I wanted to reward the team with a podium, and being twice third in a Lynk&Co branded weekend is a superb result. Despite is true their team order helped us in Race 1, in Race 2 we legitimized our performance on track. With this car, once we fixed our problems, we have always been competitive and I feel very comfortable, and is the reason why I want to thank all Team Mulsanne and Romeo Ferraris for the support received”.