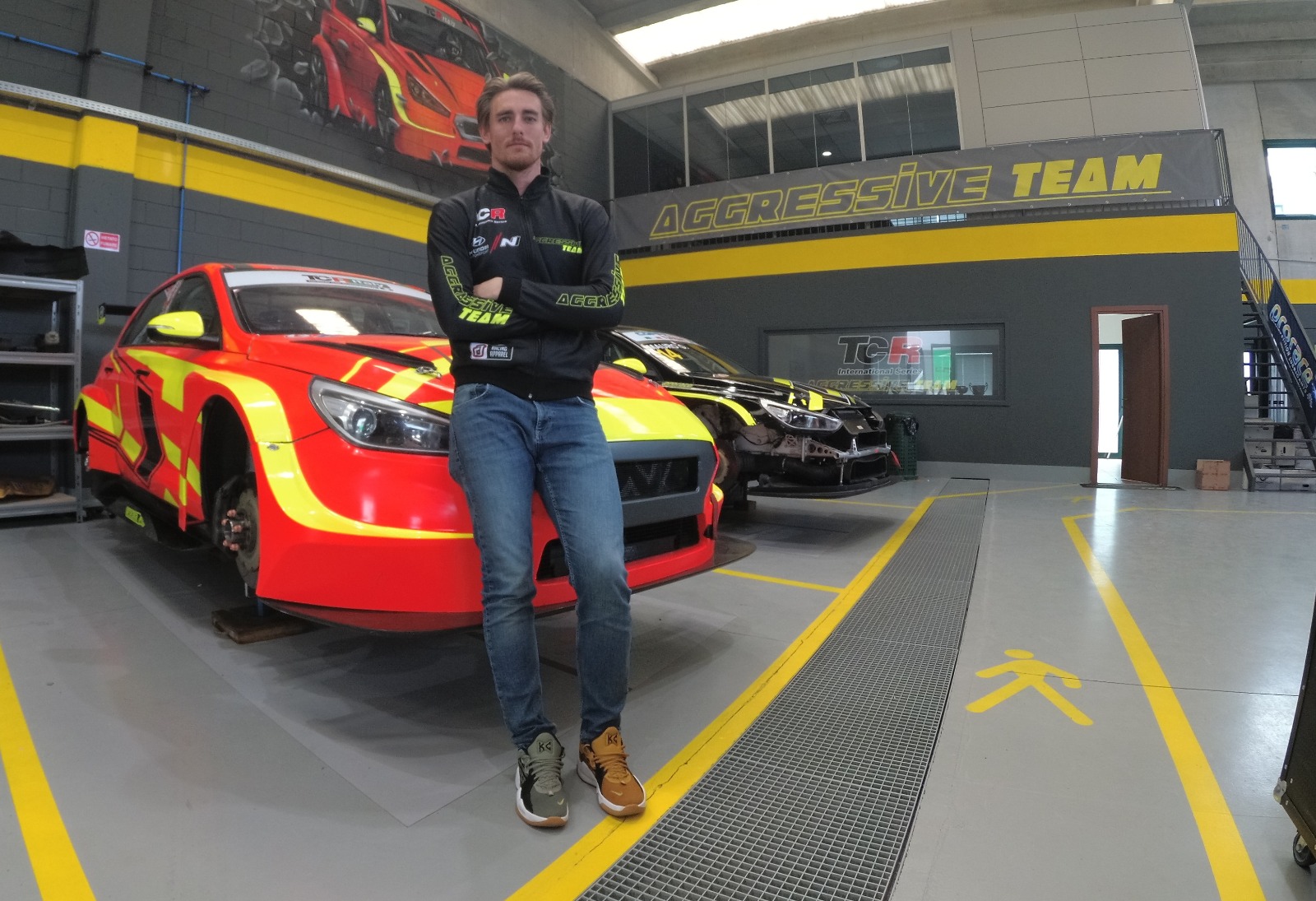 Kevin Ceccon is ready to start the 2021 season and launch his bid to the TCR Italy title, the top national series for touring cars, at the wheel of the Hyundai i30 N TCR of Aggressive Team Italia. For the Lombard driver it will be the first full campaign in the series, after a one-off appearance in 2018 at Vallelunga, where he qualified in first row. Previously, that same year, he had also debuted in the FIA WTCR, with the Alfa Romeo Giulietta developed by Romeo Ferraris, conquering one pole position and a memorable win at Suzuka, followed in 2019 by five other podium finishes.

Ceccon arrives to the TCR Italy with a great curriculum and proven experience, although he will discover his new Hyundai i30 N only at Monza, the season-opener scheduled on 30 April-2 May. Still, he is confident to be able to set the car up quickly and familiarize with both his machine and the Pavia-based team led by Mauro Guastamacchia.

In the meantime, Kevin is recovering fast from a broken left arm injury, suffered while biking last 27 March. After surgery, Kevin has had a few weeks to get fit again ahead of the new racing challenge.

This is a new exciting step for the 27-year-old from Clusone in his one decade-long career in motorsports, initiated in 2009 in the European F3 Open. In 2011, he switched to Auto GP, the 500-hp powerful singleseaters, winning the title and being rewarded with an invitation by Toro Rosso to drive its F1 in the rookie test at Abu Dhabi. That year, he also made his debut in GP2. From there, he had a successful span in GP3 (2 wins in 2025) before switching to tin-top race cars, racing with GTs, prototypes and Touring cars.

The 2021 calendar of the TCR Italy, now in its sixth edition, includes 6 rounds on Italy’s top tracks: after Monza, it will visit Misano (4-6 June), Vallelunga (25-27 June) and Imola (23-25 July) before the summer break. Afterwards, the series will go back to Imola on 3-5 September ahead of the grand-finale is scheduled at Mugello on 8-10 October.

Kevin Ceccon
“I am very happy to be back to racing after the break made in 2020. In the TCR Italy I will try to use at best the experience gained in two seasons in the FIA WTCR, where I had the opportunity to fight against very strong rivals, proving to have the potential to compete at the top. I am anxious to drive the Hyundai i30 N and to work with Aggressive Team Italia, which has scored great results on the national scene. This is a great opportunity for me, because the bike accident prevented me to go ahead with what were the initial plans for 2021. The call received from Mauro makes me proud and motivates me strongly, as it represents a new chance. I am determined to repay the trust with great results on track.”