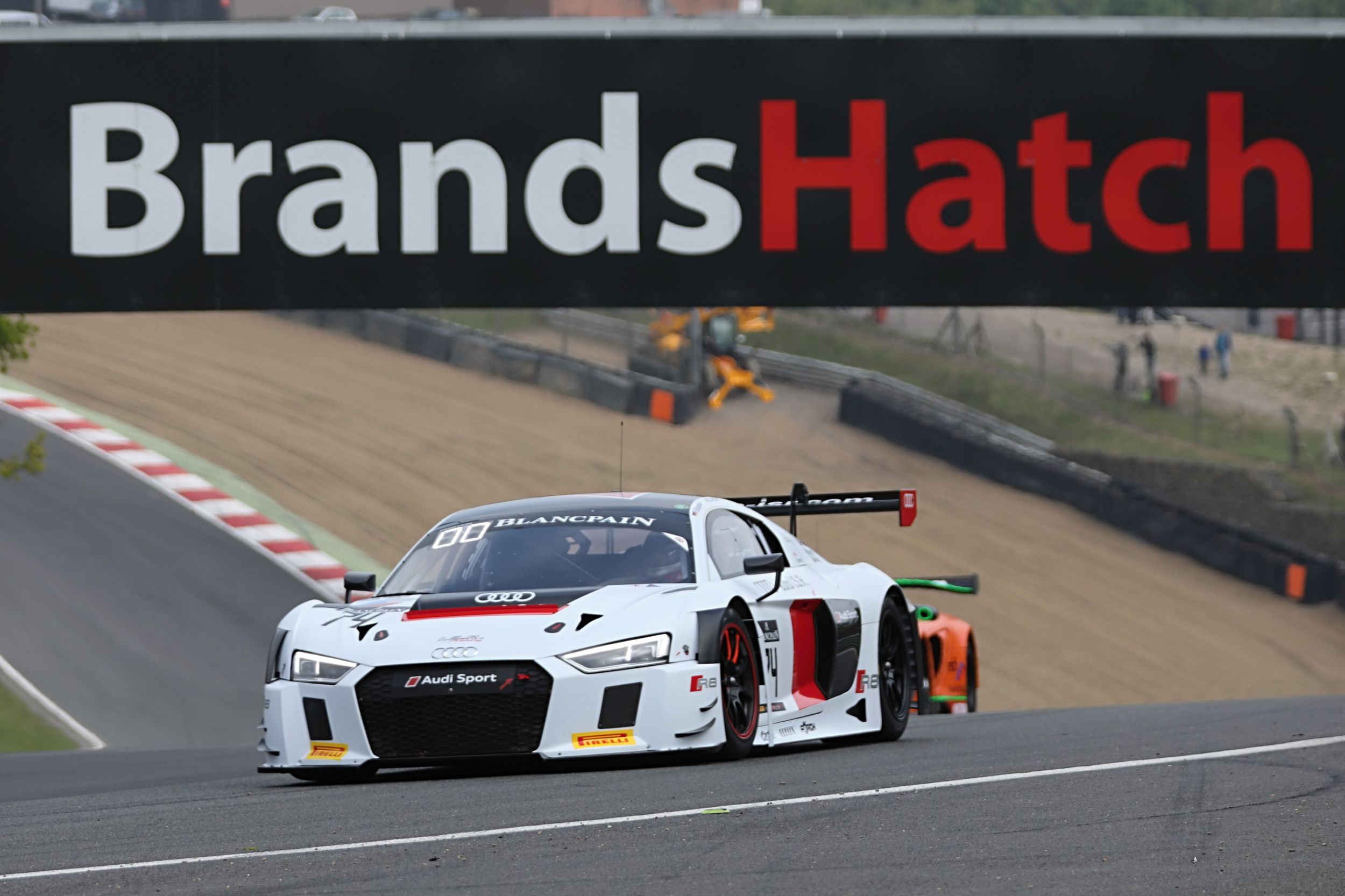 Another difficult week-end for Kevin Ceccon in Brands Hatch, for second Blancpain GT Series Sprint Cup. The Bergamo-based driver, at the wheel of ISR Racing Audi R8 saw Main Race compromised by a contact at the exit of turn 2 in Brands Hatch. During the animated start, Kevin found himself blocked in the Top-10 traffic, crashing into a Lamborghini in front of him. From that moment the race was almost over as he’s been penalized by the stewards with a drive-though, re-joining the race in the last position. Also the safety-car, called to remove a car stuck in the gravel didn’t help Ceccon to close the tail of the group. Finally in the second part of the race, Kevin’s teammate Frank Stippler had to retire, preventing the Italian-German to achieve any result.

Kevin Ceccon
“It’s a shame finish the week-end this way. Since the free practice we had a good potential, and my teammate qualified in the 8th row for the qualifying race, which I completed in tenth place. From that point I’ve started the afternoon race, but I find in front of me this Lamborghini almost stopped and I couldn’t avoid the contact. The stewards decided to penalize me, and this basically stopped my race. I’m disappointed because in the few laps run, I was able to contain the attack from a such experienced Audi driver as Markus Winkelhock. Let’s hope to have our revenge in Belgium, for the next round”.

Kevin Ceccon is ready for Zolder call Scroll to top