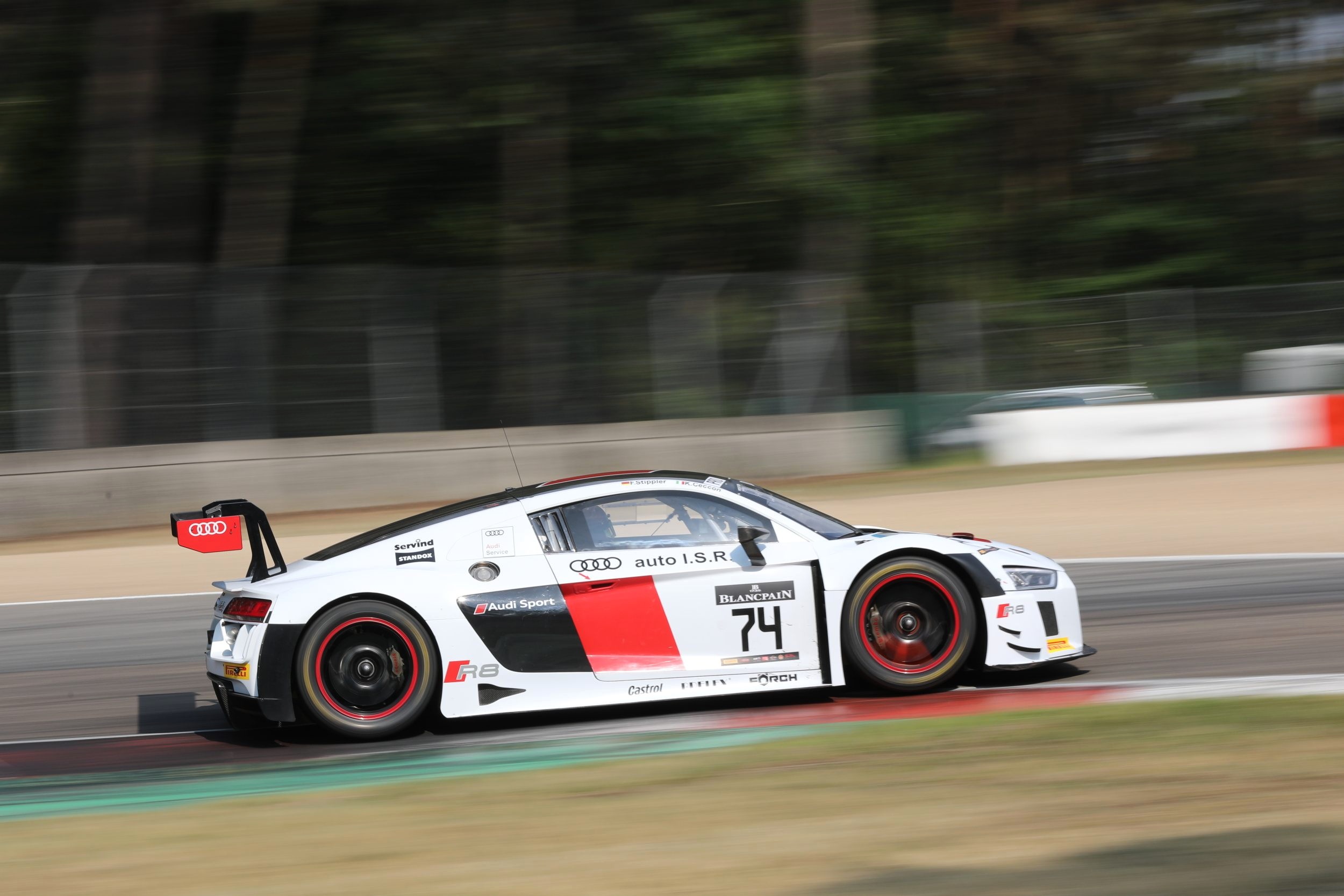 Depsite the fortune was not the best ally of Kevin Ceccon in Zolder, the Bergamo-based drive shown an amazing potential in thid Blancpain GT Series Sprint Cup third round in Zolder. The Belgian venue hosted Formula Grand Prix from 1975 to 1982, and the last winner was John Watson with McLaren, now TV commentator for the Series. In the last few years Zolder offered the stage to SRO organization and 2017 saw as well Kevin’s debut. During free practices, at the wheel of the Audi R8 from ISR Racing with Frank Stippler, Ceccon had a great feeling with the car, setting fourth fastest time in the first session. This result was confirmed in qualifying, when Kevin drove the Q1 sacrificing his stint saving tyres for the race, leaving the car to Stippler who drove Q2 into Q3. Second row on the grid for qualifying race was a great starting point, but Stippler has been involved in a first corner crash, denying any chance of victory. As well in the Main Race, when starting from tha botton of the grid Kevin drove until the Top-20, Stippler has been involved in a crash during his final stint.

Kevin Ceccon
“I was sure we’ld have been a good week-end for us, with the podium as final target. The fact our temmates scored it, makes me a bit sad, but I’m happy for the whole team. We showed since the practice with the fourth we had the chance to be always competitive, our car was great, but unfortunately Frank has been closed by other two cars at the start and we had to made an additional pit-stop in the first lap. This called us out from any victory or podium chance, as well my recover has been vanished by a penalty imposed by the stewards to Frank for the accident, so I had to start from the back Sunday. Afrer an excellent warm-up, I couldn’t overtake that much in Zolder. Thanks to the strategy we also got a Top-10 spot before the pit-stop, but later on Stippler has been crashed in by an opponent, so we had to retire. Definitely not our day”.