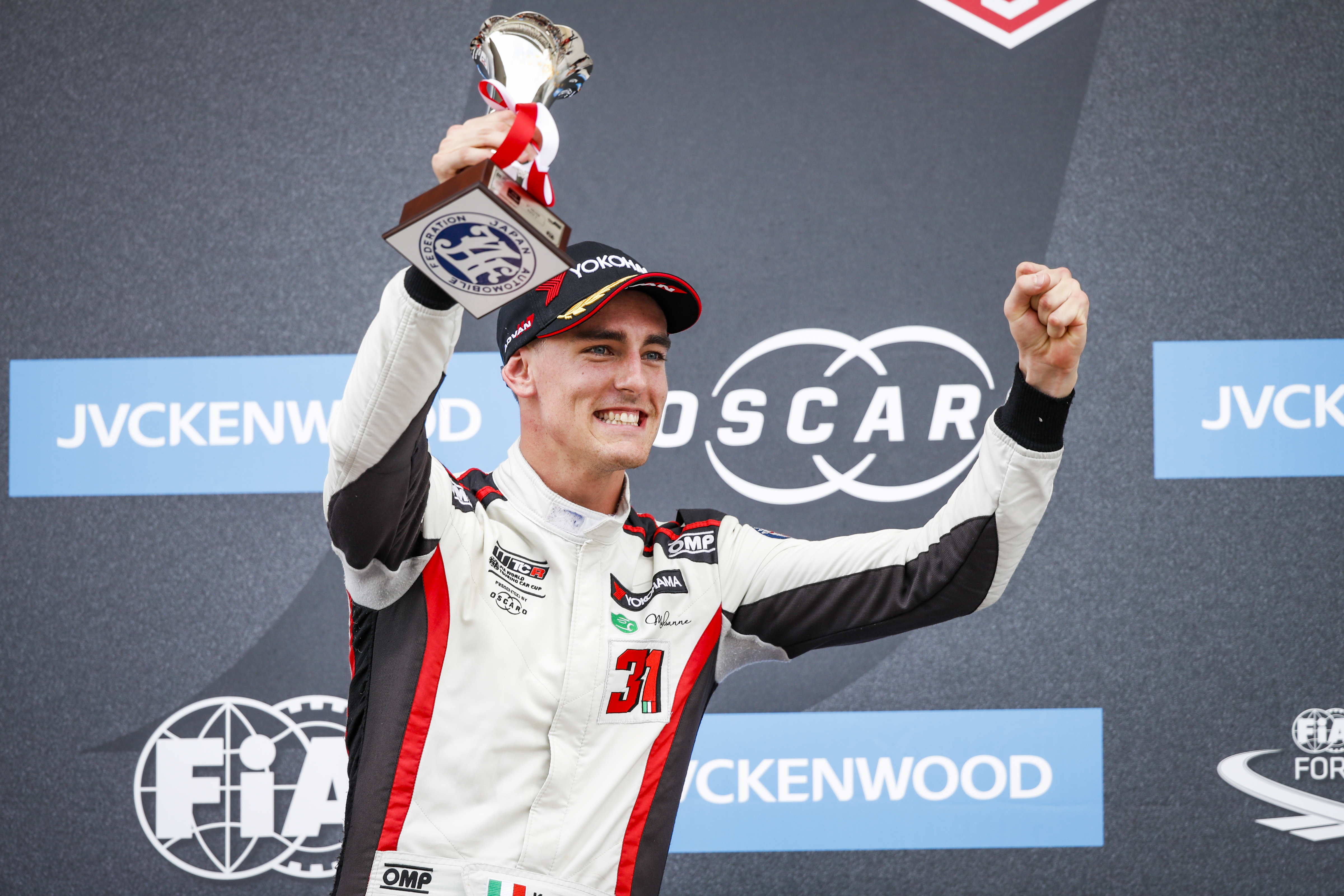 Kevin Ceccon has completed another great performance in Suzuka, home of the 8th round of the FIA WTCR 2019 season, one year after the round which saw him write his name in the Olympus of touring car racing, bringing back the Alfa Romeo brand to the victory in the world championship after 11 years. Still at the wheel of the Alfa Romeo Giulietta Veloce TCR by Romeo Ferraris, the 26-years-old driver from Bergamo crossed the finish line in third position in the last race of the weekend, but a 5 second penalty due to a contact with Rob Huff, forced him back to sixth place. By the way Kevin has been one of the main actors of the weekend, the only one who managed to recover five position in the East configuration of the Japanese track. For safety reasons, the Grand Prix layout which consecrated him after his late debut in the 2018 season, was abandoned for the East circuit by 2243 meters, but still saw the Italian on a high level performance. Ceccon was protagonist of a nice fight for the podium with Gabriele Tarquini who claimed the third place at the end. Thanks to the eighth place in race-1, Kevin completed a total of five consecutive races in the points, counting also the last two of Ningbo. Ceccon is now 19th in the Drivers’ standings with 92 points, supporting Team Mulsanne to precede the Audi squad in the team ranking.

Kevin Ceccon
“If we think how little 10 seconds are in life, on the track and specifically at Suzuka, they cost me a first and a third place within one year. From the beginning of the season I received so many hard contacts that I can’t even count the damages, but the race direction declared my incident with Huff not regular. It’s not so bad, because despite they stole us a podium, we still finished in front of them in the standing, with also the safety-car. The positions I recovered, once again after Ningbo, were real and everyone could see it, no one has been brave and aggressive like us. We arrived in Japan with 40 kg extra, and despite this we fought hard on the track. The next races in Macao and Sepang will be the opportunity to make up for it, not for me only, but for the guys that are working on this project at Opera”.

Kevin Ceccon twice on the podium in Macau Scroll to top