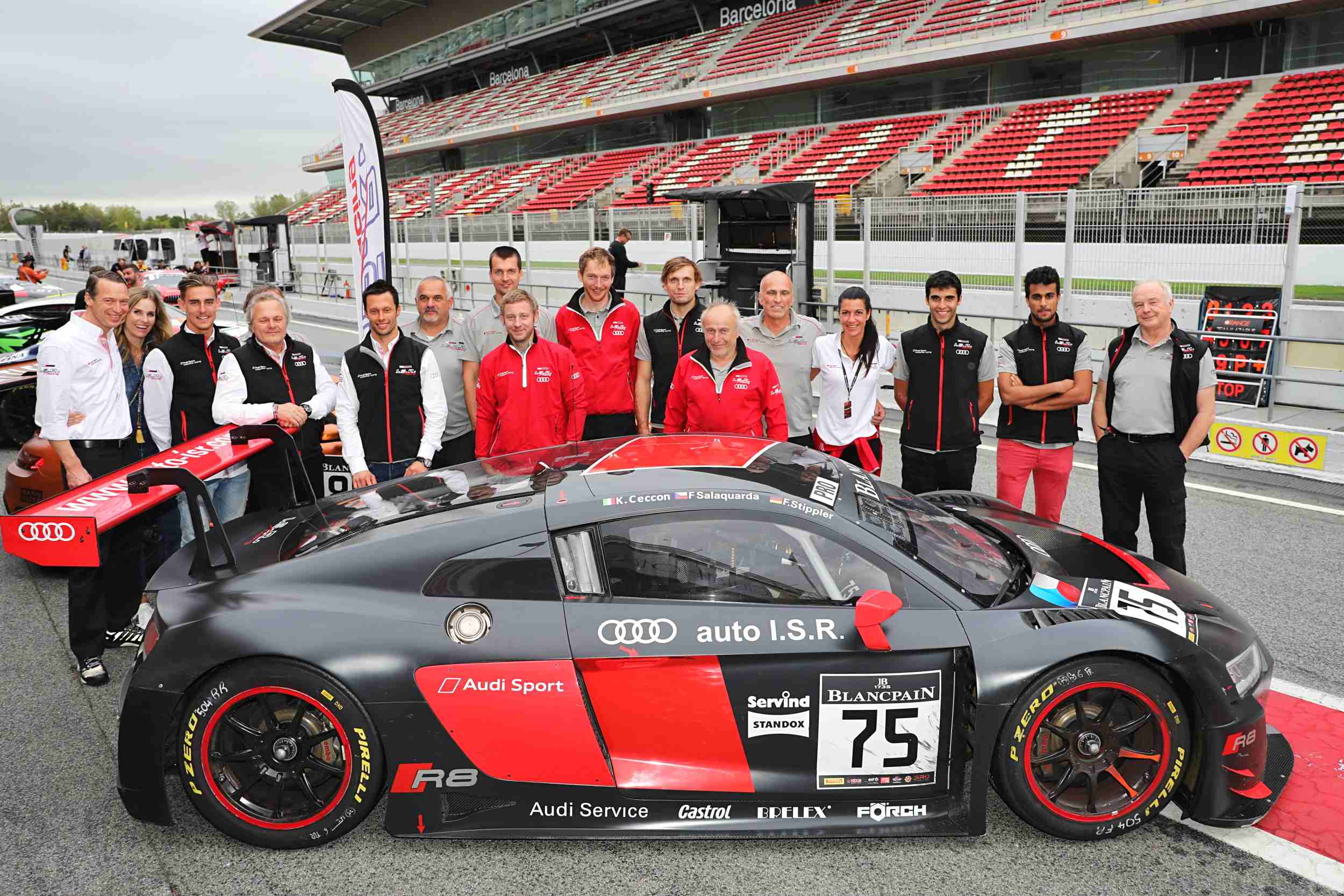 Kevin Ceccon ended 2017 season on a high note. The Italian driver, racing alongside ISR Racing in Blancpain GT Series, was called by the Czech campaign for the final Endurance Cup’s round in Barcelona, set his maiden Blancpain GT points, achieving the primary target of the season. It was a last minute call as Kevin’s regular championship was about Sprint Cup. And from that championship, Kevin found the same teammate, Frank Stippler, as well Filip Salaquarda sharing the steering wheel. In the race, Kevin drove the second stint and the car #75 ended in 8th place, starting from a poor P38 after qualifying. In the standings, Kevin has now 4 points, ahead of more experienced and expert drivers driving the whole series.

Kevin Ceccon
“I thought 2017 target was gone, as this year has been one of the worst in my career. The potential in ISR Racing was great every weekend, but every time something went wrong. Barcelona has always been one of my favourite tracks and important as well, so I’m glad it gave me my first Blancpain GT points. I think is a good way to finish the season and is great for the team as well score other points in the end. I want to thank all ISR Racing, Audi Sport for the support of this year, my sponsors as well my family, friends and management around me”.